In November, we posted an article about Alan Dean Foster fighting Disney for owed royalties from Alien and Star Wars tie-in books he wrote. Apparently, after Disney acquired the copyright licenses for these books, they continued to publish them–but not pay royalties. The SFWA (Science Fiction and Fantasy Writers of America) brought the discussion public when Disney would not cooperate.

Unfortunately, since then although Foster has been paid royalties, more authors have come forward who are in a similar situation: about a dozen authors know they have been denied royalties going back years–but likely others are affected that aren’t aware of what they’re owed. Now, Alan Dean Foster and other authors, including Neil Gaiman, Tess Gerritsen, Mary Robinette Kowal, and Chuck Wendig, have put together a #DisneyMustPay Task Force to fight to have all these authors get paid for their work. 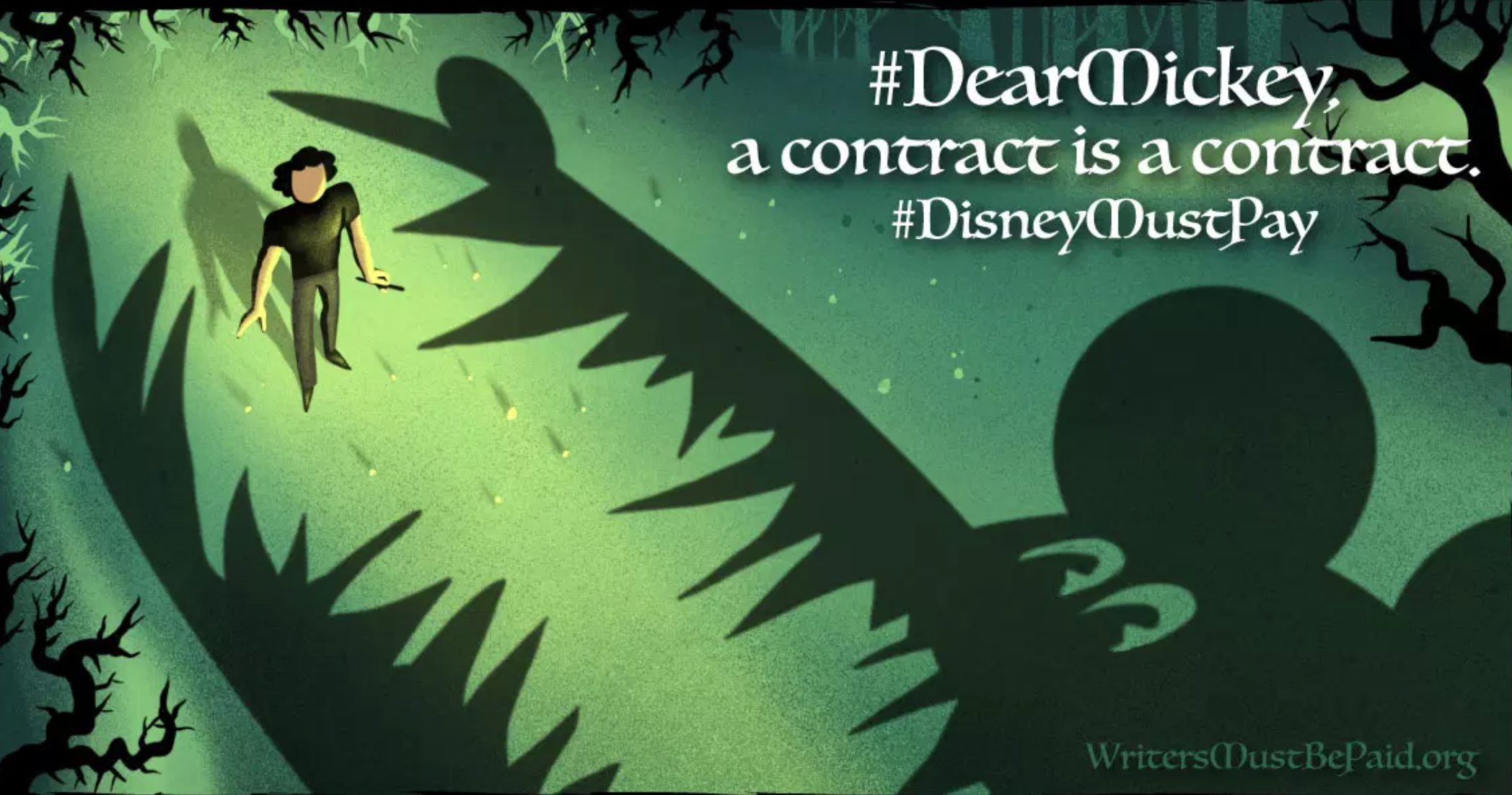 While these authors signed contracts that assured them royalties as long as their books were being published, when Disney was contacted by the SFWA, they claimed they have “purchased the rights but not the obligations of the contract.” Disney is claiming that they can continue to profit off the intellectual property of these authors without giving royalties.

The affected authors write for recently-acquired properties like Star Wars, Indiana Jones, Buffy the Vampire Slayer, Alien, SpiderMan, and more. The SFWA has joined forces with other author organizations like the Author’s Guild, Horror Writers Association, and Romance Writers of America to advocated for affected authors.

In the initial #DisneyMustPay fight in November, the SFWA laid out the dangers of the claim that Disney doesn’t acquire the obligations of the contract after buying the rights. They pointed out that “Company A might sell a property to their sister company B to get out of paying royalties.” Since then, that very scenario has played out: after Disney acquired Fox (and Dark Horse), they withdrew the rights for the Buffy comics and transferred them to Boom! Comics, a company they co-own. When a Buffy author attempted to track down missing royalties, Boom! claimed “royalties don’t transfer.”

The SFWA and the #DisneyMustPay Task Force has been able to get owed royalties for a handful of authors, but they are demanding that Disney be more proactive instead of insisting on a drawn-out convoluted challenge process. They are asking for an FAQ for authors seeking royalties and a clear point of contact for them to reach out to. While this may affect a small number of authors for now, the Task Force points out that it sets a dangerous precedent: “Writers must be paid what they are owed. If we allow contracts to be broken through the act of acquisition, then it has the potential to set a precedent that affects every author.”

The Task Force website has a form to fill out for authors who suspect they are missing royalties, but they also provide ways that readers can help! Here is what they are requesting:

Use the hashtag #DisneyMustPay on social media to bring their five action items to Disney’s attention. Sample tweets are provided on their website.Don’t boycott Disney–this will hurt the authors who are getting paid, including ones that have only recently reacquired their royalties.Do support affected authors by buying the books that they are receiving royalties from.