I’m excited about the independent press books I have to share with you this month! Independent presses are putting out so many important books for our times. I didn’t plan this, but I ended up reading two books about Iran that explore key moments in the nation’s history and explore how people survive in chaotic times.

I also have a book from Argentina, one from South Korea, one from Spain, and one from Belgium. They explore everything from grief to political unrest to adolescent angst to rich people behaving badly. Five of the books featured below are in translation.

Now seems like a particularly good time to read books from around the world and to read books published by small presses. Small presses don’t have huge publicity budgets, so it can be hard for them to get the word out about their books. But so often the quality of what they publish is stellar. It’s worth it to look past the books that get all the hype and try something lesser-known but possibly amazing! 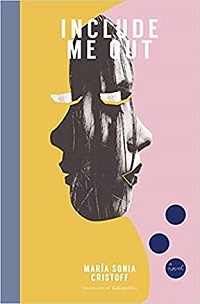 Include Me Out by Maria Sonia Cristoff, Translated by Katherine Silver (Transit Books, February 4)

Mara is a simultaneous interpreter who has had enough of talking. She moves to a small Argentinian town to start a new life and takes a job as a museum guard. All she wants is to quietly observe the world and follow the ten rules of silence in her manual of rhetoric. But then she gets involved in an embalming project for the museum and is drawn out of her solitude. Her attempts to stay true to her desires take her into some increasingly bizarre situations. Interspersed throughout this story are sections from a notebook that look at history, travel accounts, the evolutionary development of local animals, and more. Mara is a fascinating character: single-minded, determined, unconventional. Include Me Out is genre-bending and delightfully strange, with one of the most memorable protagonists in recent fiction. 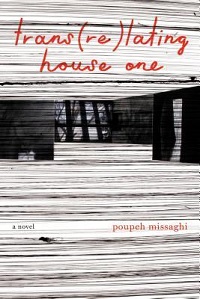 This is a novel for readers who like books that ask questions and explore ideas. It follows a woman searching Tehran for missing statues in the aftermath of the 2009 presidential election protests in Iran. She rides buses, visits galleries and teahouses, and meets strangers with important messages for her. Interspersed among sections telling her story are passages where a narrator contemplates the searching woman’s quest and asks questions about memory, documentation, violence, and what we owe the dead. The novel also incorporates passages on these issues from a range of philosophers and writers. It includes accounts of people who lost their lives in the protests. It’s a multi-layered, wide-ranging exploration of how we grapple with loss, how we memorialize the dead, and how we best live our lives. 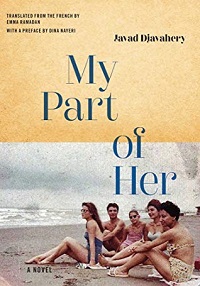 My Part of Her by Javad Djavahery, Translated by Emma Ramadan (Restless Books, February 11)

Javad Djavahery is an exiled Iranian writer living in Paris. My Part of Her opens with a group of young people spending idyllic summers in the 1970s swimming in the Caspian Sea. For two months, they live in a small town on the beach finding ways to amuse and enjoy themselves. But the narrator, it turns out, is writing the book as a confession. Darkness enters the story as he describes how he manipulates his friends and his cousin Nilou for his own ends and commits an act of betrayal that haunts him. And worse things happen, as the Iranian Revolution begins and everyone has to figure out how to negotiate a world turned upside down. The story is a powerful portrait of youth with all its turmoil and confusion and what can happen when ordinary people find themselves caught up in world-transforming political change. 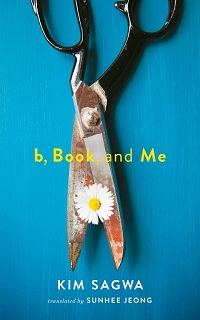 b, Book, and Me by Kim Sagwa, Translated by Sunhee Jeong (Two Lines Press, February 11)

Two friends, Rang and b, have only each other. They are teenagers living in a South Korean city and struggling with poverty, loneliness, and bullying. Their friendship helps them deal with neglect from parents and teachers. Together, they dream of escape. But then Rang betrays b by writing about her dying sister, and their friendship falls apart. They are alone once again, and this time they are even more vulnerable than before. The novel captures how dark life can be for teenagers and how difficult it can be for them to find their way forward. Kim Sagwa writes unsparingly about their isolation and unhappiness, and the world she evokes is mysterious but unwelcoming, with its dangerous ocean, polluting factory, and untrustworthy adults. b, Book, and Me is a bracing read, one that looks with honesty on the losses that come with becoming an adult.

Originally published in 1967, this novel takes place in a villa in Spain in the 1920s. It’s told from the perspective of a gardener who works for a wealthy couple who “summers” by the sea with their friends. The gardener lovingly cares for his plants while watching the goings-on of the villa owners and exchanging gossip with his fellow servants. The owners and guests paint, swim, ride, and generally have an idyllic time. But trouble creeps in, partly in the form of a next-door neighbor who is building a villa even bigger than theirs. Over the course of six summers, the gardener watches the changes occurring around him and inevitably plays a part in the drama. He vividly describes the garden and seaside landscapes as well as the sometimes-horrid behavior of the wealthy. The novel is atmospheric and melancholy, and movingly captures a century-old time and place. 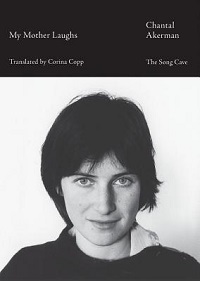 My Mother Laughs by Chantal Akerman, Translated by Corina Copp (The Song Cave, 2019)

Chantal Akerman was a Belgian artist and film director as well as writer. Originally published in 2013, My Mother Laughs is her last book before her death in 2015. It’s a memoir about caring for her mother, a holocaust survivor, who was gravely ill at the time. Their relationship was complex, and Akerman struggles with their history and her own depression. She is trying to understand her feelings about family and her lover, C., with whom she has a fraught relationship. Akerman’s sentences are elegantly simple even as they capture depths of emotion. Accompanying the text are photographs and film stills that complement the stories Akerman tells. It’s a beautiful book, both in the writing and as an object. Anyone who has loved Akerman’s films will be interested, as well as anyone who admires honest, haunting writing about illness, care-taking, family, and love.

And finally, here are some more independent press books out this month that I’m adding to my TBR, and you might want to add to yours.

Here I Am by Pauline Holdstock (Biblioasis, February 4): a novel about a boy who stows away on an ocean liner after the death of his mother.

Dressed for a Dance in the Snow: Women’s Voices from the Gulag by Monika Zgustova, translated by Julie Jones (Other Press, February 4): in the vein of Svetlana Alexievich, Monika Zgustova has collected stories of women’s experiences in Stalin’s labor camps.

The Freedom Artist by Ben Okri (Akashic Books, February 4): a young woman, Amalantis, is arrested for asking “Who is the prisoner?” and her lover, Karnak, searches for her.

The Toni Morrison Book Club by Juda Bennett, Winnifred Brown-Glaude, Cassandra Jackson, and Piper Kendrix Williams (University of Wisconsin Press, February 4): a group memoir by four friends who use Toni Morrison’s novels as the starting place to discuss their lives.

A Map Is Only One Story: Twenty Writers on Immigration, Family, and the Meaning of Home edited by Nicole Chung and Mensah Demary (Catapult, February 11): a collection of personal essays that highlight the human side of immigration policy and explore home, travel, belonging, and existing in between cultures.

Looking for even more great independent press books? Check out my round-ups from December and January.