This list of middle grade books set around the world for the 2020 Read Harder Challenge is sponsored by TBR: Tailored Book Recommendations.

TBR is Book Riot’s subscription service offering Tailored Book Recommendations for readers of all stripes. Been dreaming of a “Stitch Fix for books?” Now it’s here! Tell TBR about your reading preferences and what you’re looking for, and sit back while your Bibliologist handpicks recommendations just for you. TBR offers plans to receive hardcover books in the mail or recommendations by email, so there’s an option for every budget. Visit mytbr.co to sign up today.

I love middle grade books. They have a sense of hope and positivity that you don’t always find in YA or adult literature, but still manage to deal with dark and serious themes. Middle grade stories contain some of the most ambitious, rollicking adventures I’ve ever read, with protagonists who deal with the dangers they face heroically and sincerely.

While middle grade books themselves defy limitation, the marketing around them doesn’t always follow suit. The majority of well-known, heavy-hitting middle grade books and series seem to take place in the UK or the U.S., or in entirely fictional universes – sometimes it seems that the rest of the world barely gets a look-in. But while they might not be as well-known as Harry Potter or The Ranger’s Apprentice, there are many brilliant non-U.S., non-UK middle grade books out there. Here are a few that you should add to your TBR pile. 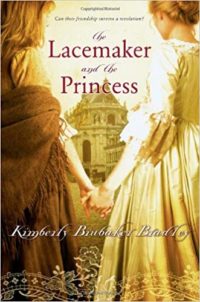 The Lacemaker and the Princess by Kimberly Brubaker Bradley

Set in France during the first murmurings of the Revolution, The Lacemaker and the Princess is based on a true story of a young girl from an ordinary background who became a companion to Marie Antoinette’s daughter. Young Isabelle is a lacemaker by trade, who, after a chance encounter, is swept into the glitz and glamour of Versailles – but the days of the French royal family are numbered, and as the revolution begins, Isabelle must make some tough decisions. 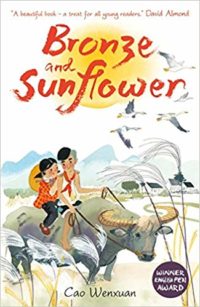 Bronze and Sunflower by Cao Wenxuan

Another historical middle grade novel, Bronze and Sunflower is set in China’s Jiangsu province during the Cultural Revolution of the ’60s and ’70s. Bronze is a young peasant boy, and Sunflower is the daughter of an artist who has been sent to the province for “re-education” – the story follows their developing friendship and celebrates the importance of family against the many challenges (whether geographical or political) that the characters face.

A tale of family, loss and growing up, Catch a Falling Star by Meg McKinlay is set in Australia in 1979. The heroine, Frankie, learns that Skylab, the first space station, is falling back to earth – a distant event that brings up tragedies much closer to home.

No Turning Back by Beverley Naidoo

Sipho, a young South African boy, runs away from home and his abusive stepfather, and ends up living on the streets of Johannesburg. Set during Apartheid, this novel takes a frank but child-friendly look at serious issues such as racism, homelessness, drug abuse, and poverty. No Turning Back is an excellent introduction to the civil rights movement in South Africa for older middle grade readers. 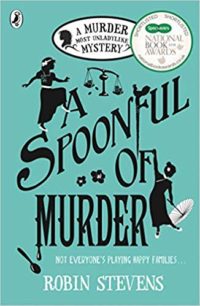 A Spoonful of Murder by Robin Stevens

Number six in Robin Stevens’s Wells and Wong series, A Spoonful of Murder sees young detectives Daisy Wells and Hazel Wong travel to Hazel’s home, Hong Kong, following the death of her grandfather. Of course, murder and mystery follows the two best friends wherever they go, and Hazel and Daisy must content with kidnapping, Triad gangs, and a private detective who targets Hazel herself as the prime suspect in the case.

This 17-novel series follows four child detectives, Flavia, Nubia, Jonathan and Lupus, as they travel across the Roman Empire solving mysteries. With settings all over Roman-era Italy and Greece, this adventure series is perfect for kids learning about the disaster at Pompeii, or the brutal entertainment at the Circus Maximus.

The Undrowned Child by Michelle Lovric

A magical realist novel set in Venice, The Undrowned Child is perfect for readers who love mermaids, ghosts and mystery. Teodora, visiting Venice for the first time, learns about a prophecy and discovers an enchanted world existing alongside the famous city. 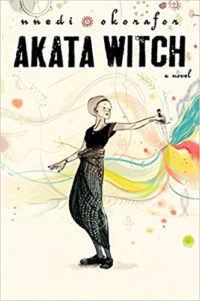 Although the heroine Sunny was born in the U.S., the action and adventure of Akata Witch takes place in Nigeria, where Sunny has recently moved with her parents. While adapting to her new life, and contending with bullying because she is albino, Sunny learns that she is one of the Leopard People, a group with powerful magic. With her new friends Chichi and Sasha, Sunny must use her magic to protect children from a macabre serial killer known as Black Hat Otokoto.

The Night Diary by Veera Hiranandani

Set in 1947, following the Partition of India and Pakistan, The Night Diary follows the turmoil faced by 12-year-old Nisha and her family. Nisha’s father is Hindu, but her mother was Muslim, and as tensions rise between the two religious groups, the family decide that they must leave the new Pakistan and make the dangerous journey across the border to India.

As well as telling the stories of a variety of different cultures and cities, these middle grade books give insights into important historical events, and weave magical worlds that readers of all ages will love to explore. Whichever you choose, you won’t be disappointed.