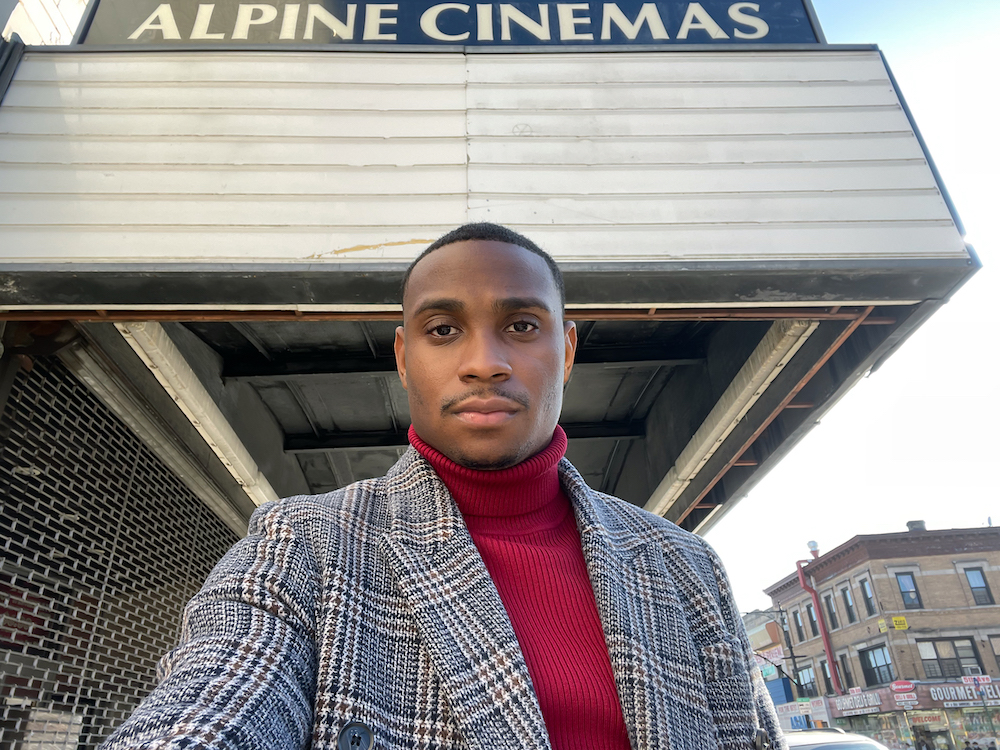 Jordan E. Cooper is an OBIE Award–winning playwright and performer who was most recently chosen to be one of OUT Magazine’s “Entertainer of the Year.” Last spring he had a sold out run of his play Ain’t No Mo’, a New York Times Critics Pick. Jordan created a pandemic-centered short film called “Mama Got A Cough” that’s been featured in National Geographic and was named “Best of 2020” by the New York Times. He is currently filming The Ms. Pat Show, an R-rated “old school” sitcom he created for BET+, which will debut later this year. He can also be seen as “Tyrone” in the final season of FX’s Pose.

An excerpt from Ain’t No Mo’:

WOMAN: (To TV) What country?

NEWSWOMAN: Land of the free.

WOMAN AND ZAMATA: Has free?

ZAMATA: To do what?

ZAMATA: Didn’t you report on the Damien Martin shooting?

WOMAN: She did! (To Trisha) They’re talking about your man over here, girl.

ZAMATA: Was he free?

WOMAN: (To TV) To die! They killed his ass too.

DAMIEN: Another way is coming!

TRISHA: Would you stop?

DAMIEN: I’ll stop when you listen. I know you feel what’s right.

ZAMATA: And what about that woman they strangled last night?

WOMAN: Was she free?

ZAMATA: And the baby they slaughtered last week?

NEWSWOMAN: Who is ‘They’?

TRISHA, ZAMATA AND WOMAN: The free